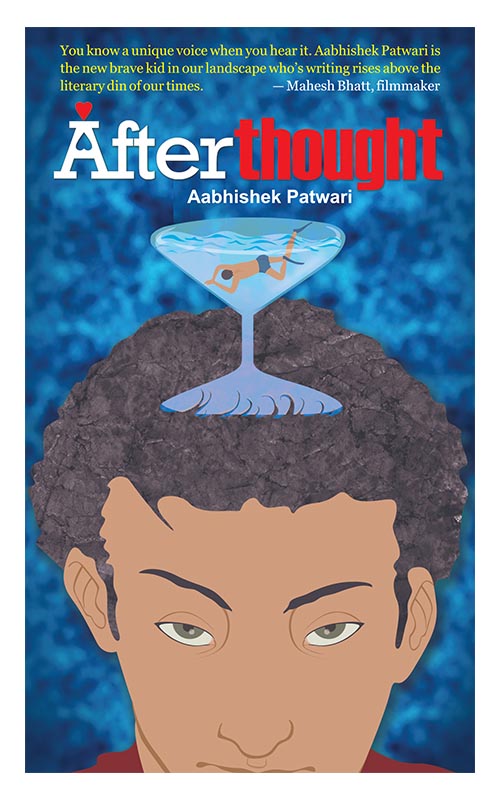 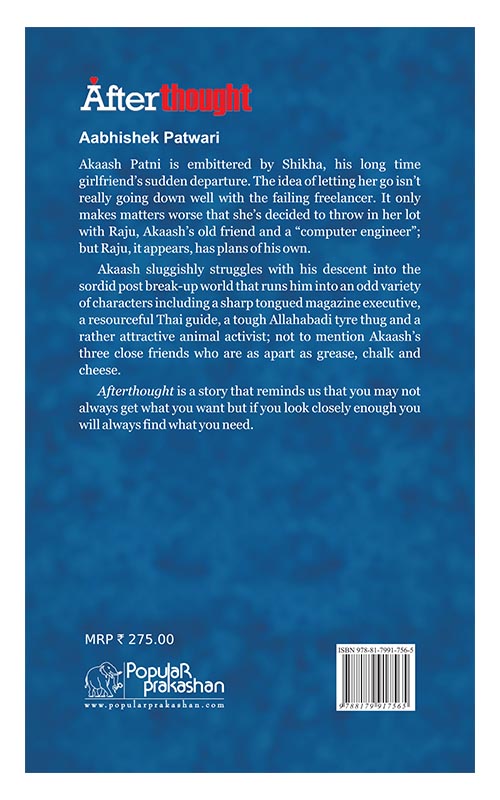 Akaash Patni is embittered by Shikha, his long time girlfriend’s sudden departure. The idea of letting her go isn’t really going down well with the failing freelancer. It only makes matters worse that she’s decided to throw in her lot with Raju, Akaash’s old friend and a “computer engineer”: but Raju, it appears, has plans of his own.

Akaash sluggishly struggles with his descent into the sordid post break-up world that runs him into an odd variety of characters including a sharp tongued magazine executive, a resourceful Thai guide, a tough Allahabadi tyre thug and a rather attractive animal activist; not to mention Akaash’s three close friends who are as apart as grease, chalk and cheese.

Afterthought is a story that reminds us that you may not always get what you want but if you look closely enough you will always find what you need. 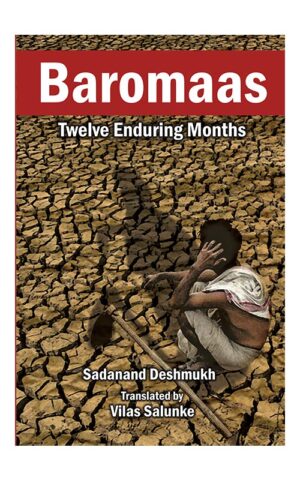 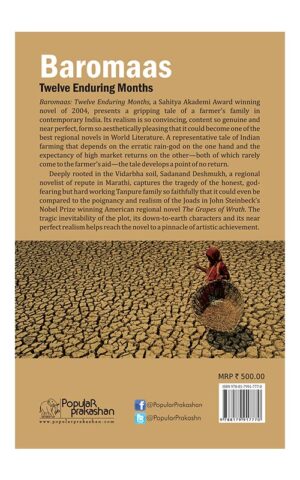 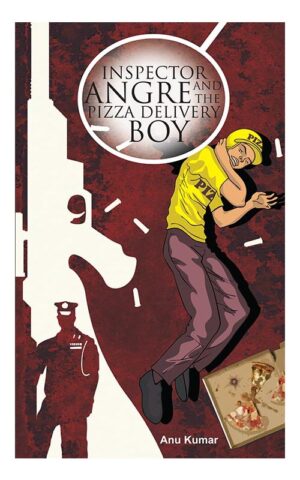 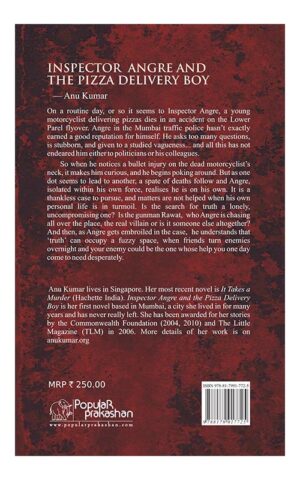